A Scholarship — and Network — With Impact

Two years after announcing an effort to endow a scholarship for students with a demonstrated commitment to the Latinx community, NC State’s Latinx Alumni Network (LAN) has achieved that fundraising goal, raising more than $50,000 collectively.

It would be easy, after spending any amount of time with LAN co-founders Lyndenise Berdecía Rivera ’06 and Dr. Andrea Hernandez Duhon ’05, to say, “Of course they did.” The two women are infectiously passionate about LAN, about creating the opportunities they craved as students and about making a lasting difference. To hear them speak is to want to join in.

So Berdecía Rivera and Duhon leading a successful fundraising campaign that brought together hundreds of donors is hardly surprising. But a lot of effort, awareness-building and commitment to creating community went into making such a milestone feel so natural.

The Latinx Alumni Network was established in 2017 and the scholarship was launched in 2020, after Berdecía Rivera and Duhon used the pause necessitated by the early days of the COVID-19 pandemic to plan and to foster deeper connections with a geographically diverse alumni base.

Between the launch and achieving the endowment threshold of $50,000, the pair dedicated a great deal of time — and their respective marketing and education skills — to explaining the goals for the scholarship, who would benefit and the impact the group could have through a sustained fundraising effort.

“The scholarship supports students who are committed to the Latinx community, both at NC State and off campus,” Berdecía Rivera said. “It’s open to first-year students, current students, transfer students and undocumented students.”

Duhon believes LAN’s fundraising success has been fueled by previous efforts, including those by NC State student organizations centered on Latinx experiences, like Mi Familia.

“One of the things that excited people is that we’ve had groups and individuals who have attempted this in the past — Mi Familia did anything and everything to get money to the community, like bake sales and fundraisers,” she said. “So this felt like it was for us, by us. The more we unite, the more impact we can have.”

“Impact” is a recurring theme when Berdecía Rivera and Duhon discuss their goals for both the scholarship and for LAN as a whole. “It’s an organization that focuses on impact — our basis and our foundation is impact,” Berdecía Rivera said. “The scholarship is to reflect the impact that students can make because we believe in them.”

The scholarship already has made an important difference for students with awards from current-use funds, which go to work immediately but are exhausted once they are spent. Because endowment funds are invested, they generate annual income for awards, in perpetuity.

This is why the group focused on endowing the scholarship, even when that goal felt daunting. Increased connection and increased participation in events — and presenting LAN as an umbrella for the breadth of Latinx experiences at the university — opened up conversations.

The scholarship is to reflect the impact that students can make because we believe in them.

“Building those connections allowed us to be able to share the financial aspect. The whole reason for an endowment is to have longevity of investment in our community, so that when there is no Andrea, when there is no Lyndenise in the picture, it doesn’t matter. The impact doesn’t stop. And that’s been exciting to people,” Duhon said.

Also inspiring was the concept of being a “founding donor,” one of Berdecía Rivera’s marketing ideas in action. Inviting alumni and other supporters to serve as founders demonstrated that the scholarship was a community effort — and that a single contribution could make a lasting difference when combined with others’ gifts.

“It really represents our community because we’re different and diverse — there’s not one size. It’s for all Latinos with different perspectives all coming together for one cause. It’s a beautiful picture,” Duhon said.

Generating this grassroots energy is part of not only creating a scholarship but also what Berdecía Rivera describes as “a scholarship with impact.” From supporting students to building partnerships with Multicultural Student Affairs and the Office for Institutional Equity and Diversity, and from an annual spring LAN weekend that includes networking, panels and a gala event to a sold-out tailgate event during Red and White Week, everything LAN does is intended to strengthen a sense of community.

In 2021, that giving power sustained a weeklong push during Hispanic Heritage Month, plus a partnership with Alpaca, a Peruvian chicken restaurant with nearly a dozen locations across the Triangle. LAN received more than $6,000 for the scholarship from a percentage of Alpaca’s sales while building a deeper partnership with the local community.

This year, the group focused on LAN Day of Giving on Sept. 19, the first Monday of Hispanic Heritage Month, with the goal of 100 alumni committing $100.

Possibilities become real when you see someone who looks like you who has already been there.

“We hit our goal around five-thirty in the afternoon and ended up surpassing it. Now we have people asking when the next Day of Giving is,” Berdecía Rivera said. “We want to continue with that tradition, so that more people can reach out to their companies and communities to get involved.”

Red and White Week followed soon after the group met the endowment goal, carrying the energy — and impact — of LAN Day of Giving’s success. The 150-person tailgate offered a chance for connection for alumni and current students, including a number of graduate students. Even the tailgate playlist demonstrated the collaboration at the root of LAN’s work, with more than 30 contributors of different ages adding their favorite songs.

“That playlist is what our grassroots effort feels like — everyone brings in a piece of themselves and the generation they’re in, and at the end of the day, you feel like you’re home,” Berdecía Rivera said.

Seeing Yourself in the Story

Duhon thinks of LAN creating a domino effect, with each action opening up doors for the students who will come after.

“The reason we’re here is because we didn’t see ourselves in the story,” she said. “By stepping to the forefront, any kid who is starting to think about school can see a businesswoman like Lyndenise who has created a whole nonprofit or a mathematician like me. Possibilities become real when you see someone who looks like you who has already been there.”

Both Berdecía Rivera and Duhon are demonstrating other possibilities as well. Duhon was nominated to NC State’s Alumni Association Board of Directors four years ago and was soon joined by fellow LAN member Quauhtli Y. Olivieri Herrera ’11. Berdecía Rivera, who was named the association’s Outstanding Young Alumna in 2021, was nominated to the board this year.

“When we have these opportunities, we have to be intentional in highlighting people who represent our community so that they’re seen in the bigger picture. That’s the way you change the narrative,” Duhon said.

This kind of change — much like raising $50,000 — has been a process but one Berdecía Rivera and Duhon haven’t backed away from. Their partnership means having a person who shares goals and the workload, allowing each woman’s strengths to shine. And there’s that one word to remember: impact.

“When I have a season of struggle, I think about little 17-year-old Andrea looking for someone to give her meaning in a space she didn’t understand. There’s someone else who is coming in who could have an easier version of what I went through, and I always keep that in mind,” Duhon said.

For fellow alumni and donors who seek to make similar changes but are unsure where to begin, Berdecía Rivera offers the reminder that one doesn’t need a microphone to be heard.

Berdecía Rivera and Duhon are proud of what LAN has accomplished. They are looking forward to bigger goals, like supporting even more students. With an endowed scholarship and an ever-growing impact, they, along with the entire Latinx Alumni Network, have shown what’s possible — and that the mark they’re making will endure.

Your support of the Latinx Alumni Network Scholarship Endowment is part of a community effort to benefit students. 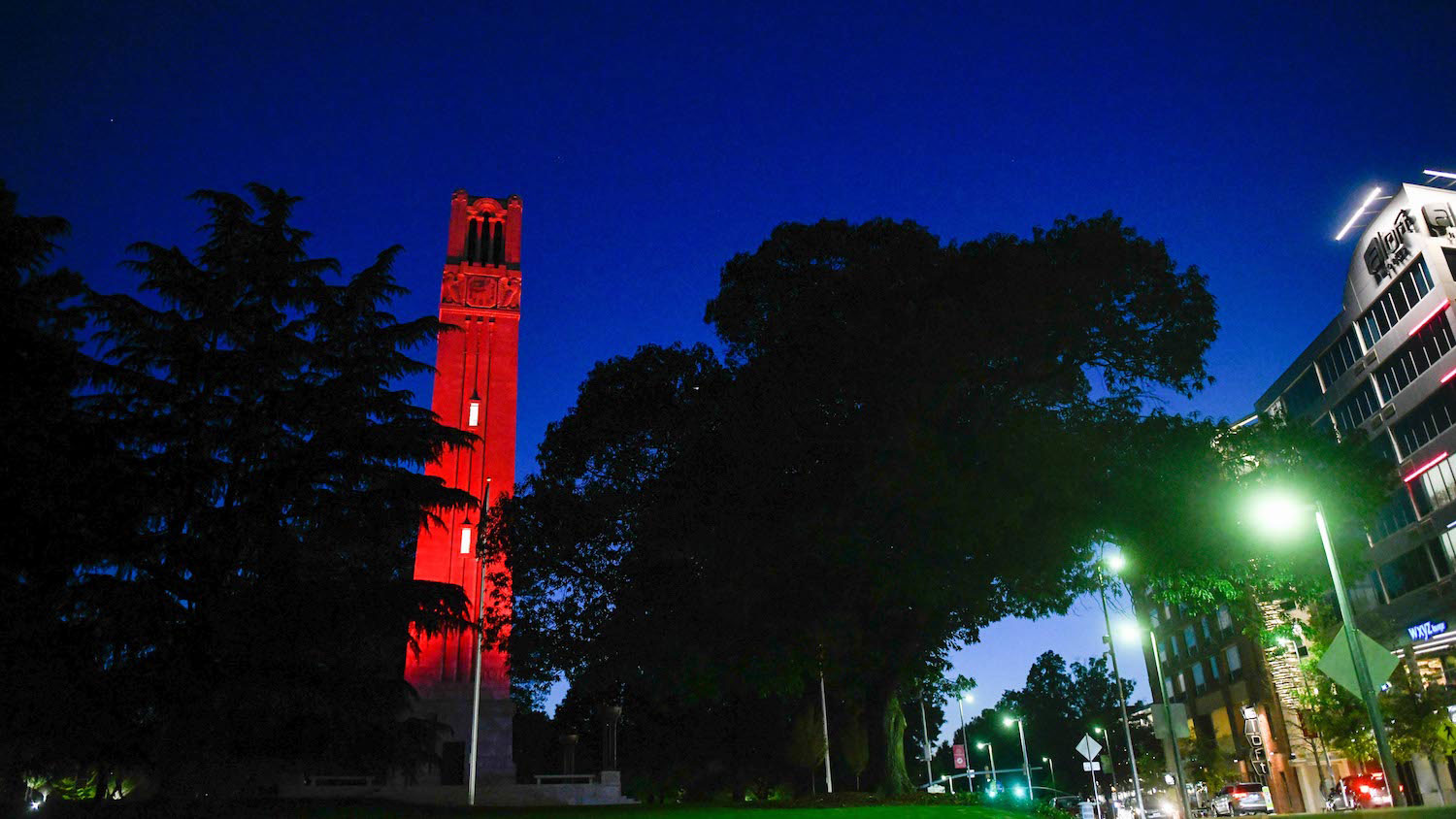 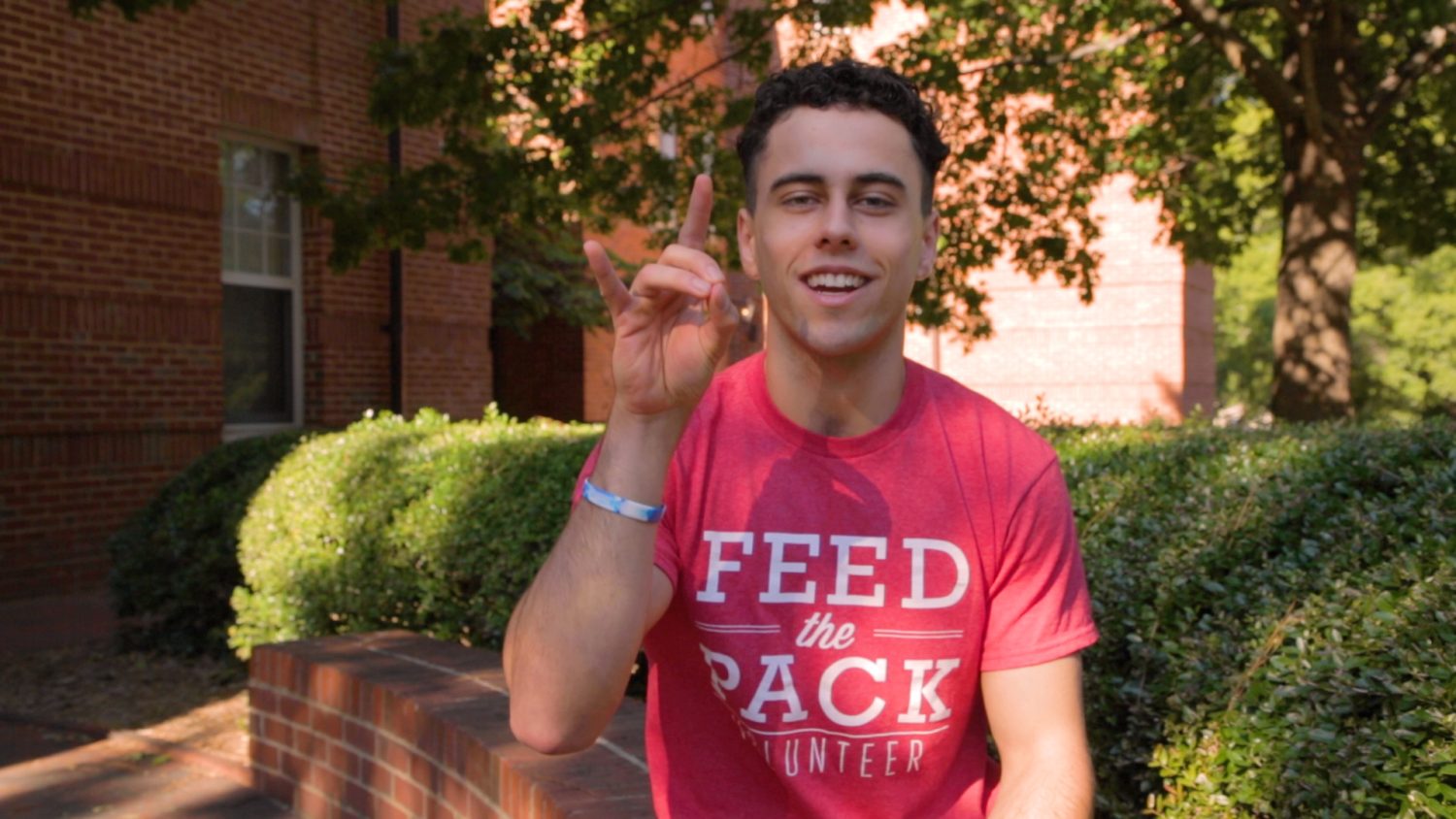 Supporting Feed the Pack Is Supporting the NC State Community 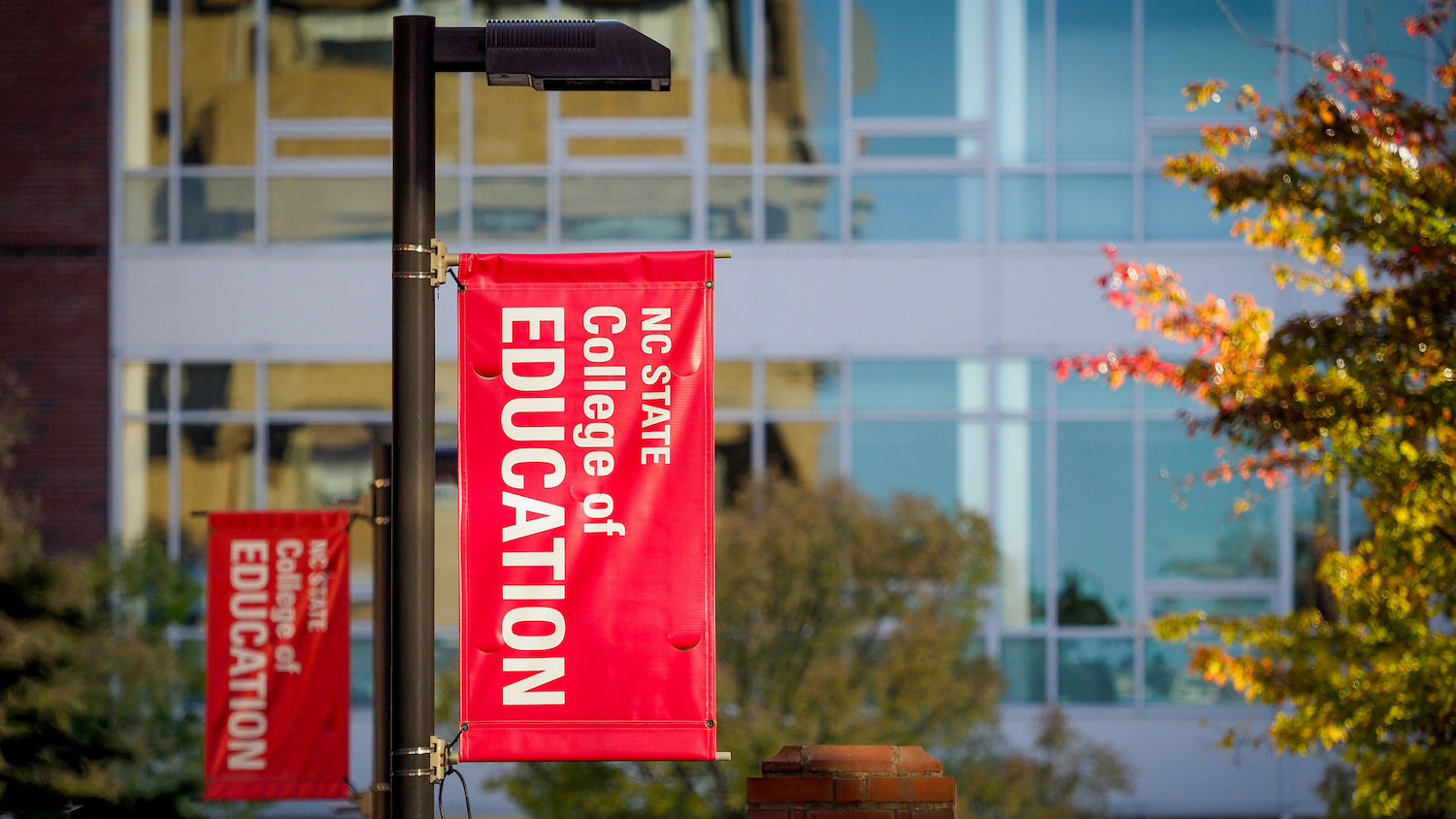 A Mission to Educate, With Support From the Foundation Board